Lane splitting is a practice used by some motorcycle riders.  It means the rider is traveling between lanes of slow moving or stopped traffic going in the same direction.  This practice allows the rider to pass slower traffic on a multilane road and avoid traffic congestion.  When traffic flow resumes at a normal speed, the motorcyclist should move back into a regular lane.  Lane splitting is sometimes referred to as white lining.

Lane splitting is not legal in South Carolina.  The law specifically bans this practice.  The only state where lane splitting is legal is California.  Several other state legislatures have considered proposed bills supporting lane splitting in recent years.  However, these bills generally have failed to make it out of committee. 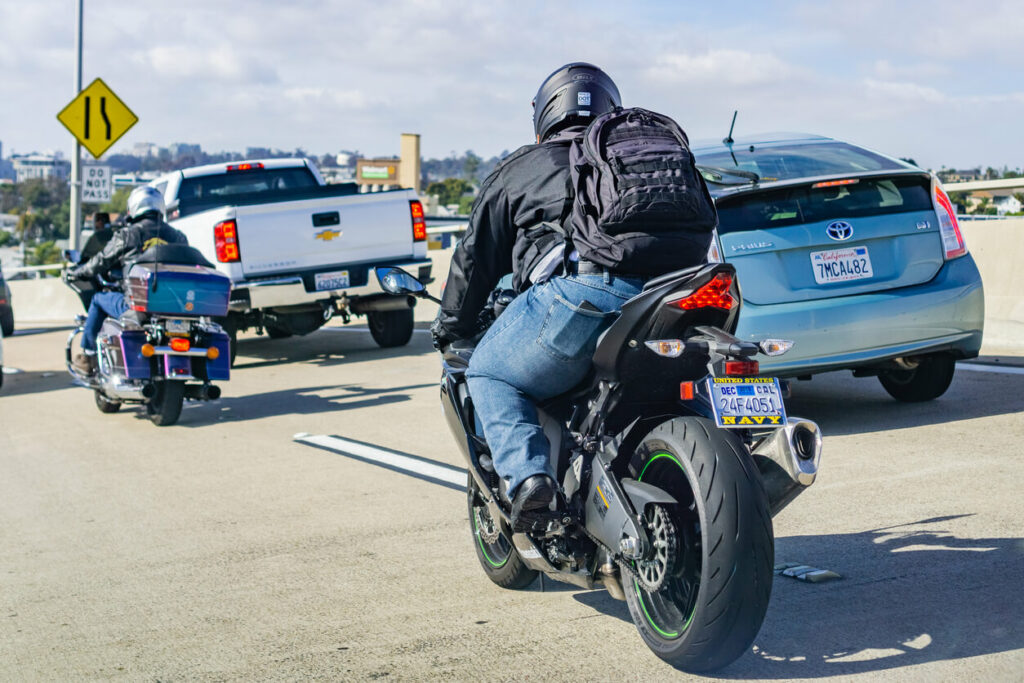 Proponents of lane splitting argue that it’s a safe practice since motorcyclists would be less likely to be rear-ended.  Lane splitting offers them an escape route.  Supporters also argue the practice decreases the dangers of the cyclist being caught in heavy traffic congestion, where they are more at risk from stop and go traffic conditions and inattentive or distracted drivers.  A 2015 study conducted by the University of California at Berkeley concluded that lane splitting reduces the risk that motorcyclists will be fatally injured in a vehicle crash.

Arguments against lane splitting contend that the practice is dangerous because other drivers don’t anticipate being passed by vehicles traveling between lanes.  Drivers who are changing lanes may not easily see a motorcycle approaching from behind.  Another argument is that lane splitting could lead to an increase in road rage incidents.  Still others contend there are not enough motorcycles on the road for this practice to be of much benefit in helping to relieve traffic congestion.

Motorcyclists should always drive defensively, being alert, scanning their mirrors and surroundings frequently, and assuming other drivers don’t see them.  Motorcycle accidents are dangerous for the rider, no matter the cause.  A rider thrown from the bike may suffer injuries including broken bones, burns, road rash, head injuries, spinal cord injuries, and paralysis.  Severe injury may lead to permanent disability or death.

If you have been injured in a motorcycle accident that was not your fault, motorcycle accident attorney Venus Poe can help you navigate the challenges.  Get the legal help you need to deal with medical bills, physical therapy, disability, lost wages, vehicle damage, and pain and suffering.

Although lane splitting is illegal in South Carolina, a motorcyclist involved in this type of accident may still be able to obtain partial financial recovery.  This is due to the way in which the state determines fault and awards compensation.  Since these cases are complicated, the motorcyclist should discuss their claim with an experienced personal injury attorney.

Contact the law offices of attorney Venus Poe for a free legal consultation.  There are convenient office locations in Greenville and Fountain Inn, South Carolina.